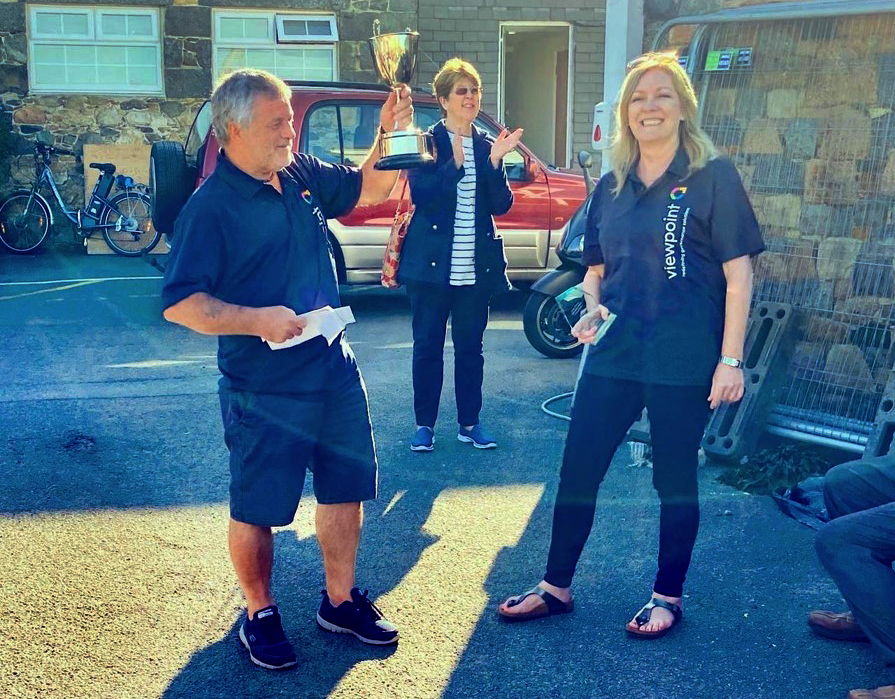 Viewpoint was once again delighted to sponsor the Jason Piriou Memorial Bass Fishing Competition 2021 held in Guernsey. This year the popular annual event, held over the weekend of 28 to 30 May, attracted an amazing total of 66 mixed participants competing side by side for the much coveted Jason Piriou Memorial and a £1,100 prize fund shared amongst the top five placed anglers.

The exclusively shore based event allows anglers to choose their own preferred spot. To get to their chosen, and often highly prized, secret locations many anglers scramble over the rocky beachfrontS for several hours, confident their spot will be the most fruitful.

For the spectators and well-wishers, the conditions were perfect. The sun was blazing but with a slight coastal breeze, all making for perfect picnic weather. However, the fantastic weather made the already difficult task of catching and landing a bass even more challenging for the patient competitors. Shore-based bass fishing is notoriously difficult, especially in calm weather as the canny fish tend to go searching for food in heavier sea states than those of our weekend.

Despite the challenges, the event was a huge success. The final weigh-in consisted of 12 fish highlighting how difficult the event really is. That is not to say that only 12 fish were caught, though.  Competitors followed strict competition rules and sustainable fishing practices which meant only fish above 1.8kg (4lbs) were eligible with all smaller landed bass immediately returned to the water. For the non-anglers, this minimum weight is approximately equal to 80 fish fingers!

This year the winner of the Jason Piriou Memorial Trophy, and £500 in prize money, was Shane Branquet with a bass weighing in at 2.86kg (6lb5oz), circa 124 fish fingers, to maintain the comparison. This was Shane’s third time at the top of the podium for the event. He was joined by the four other prize winners: 2nd: Alex Fisher; 3rd: Stevie Greenway; 4th: Jamie Gallienne and 5th: Mick Damarell. The competition’s largest ever fish was a whopping 4.11kg (9lb 1oz) making a staggering equivalent of 179 fish fingers from a single fish.

All the weighed-in fish were purchased by The Imperial Hotel, where the weigh-in and awards ceremony was hosted. All monies from the sale of the bass were very kindly donated by the anglers to increase the charitable pot of the event!

The event raised a total of £4,320 which, after the prize fund, left a much-welcomed donation to this years’ Jason Piriou Memorial nominated charity, the Les Bourgs Hospice, of £3,220. Jo Boyd from Les Bourgs Hospice attended the prize-giving and is pictured [above] with Kerry Piriou (from Viewpoint, and also a participant in the event) and the winner Shane Branquet.

Many thanks to everyone that took part and helped make the event so enjoyable and successful.

Any cookies that may not be particularly necessary for the website to function and is used specifically to collect user personal data via analytics, ads, other embedded contents are termed as non-necessary cookies. It is mandatory to procure user consent prior to running these cookies on your website.